Most come to London for the history and culture, the sights, entertainment and restaurants but many just come to SHOP. Whilst shopping in London you will experience some of the most fantastic places you’ll ever see in your life and with our London underground, bus routes and world famous black taxi service it’s all within easy reach.

It is said that Napoleon Bonaparte famously referred to England as “a nation of shopkeepers”. It is questionable whether he ever actually spoke the words however two hundred years later; London attracts millions of people from around the globe year after year as it’s so famously known as one of the greatest places in the world to shop.

Big name emporiums such as Selfridges, Harrods, Liberty’s and Fortnum & Mason have become more than shopping attractions, they are sightseeing attractions in their own right. But these brand names are just the tip of the iceberg as side street boutiques and lively bustling markets also draw in the crowds.

When shopping in London many start their trip with Selfridges being their first port of call. The flagship store opened its doors in Oxford Street in 1909 and is the pillar of UK retail. Oxford Street is also the headquarters to all major chain stores in the UK leaving you spoilt for choice, and yet the smaller boutiques, souvenir shops and street sellers all fit in quite perfectly alongside them. First impressions of Oxford Street can leave one feeling slightly overwhelmed due to the crowds and the dawdling traffic but whether you are a hardened shopaholic or just a window shopper it’s not to be missed. 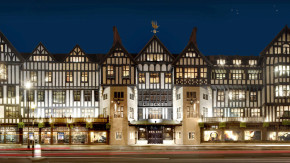 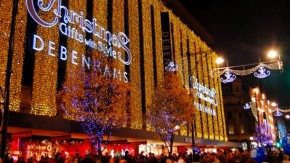 Moving on, it wouldn’t be a shopping in London without a trip to Harrods. The department store is a national institution which occupies five acres over five floors making it the largest in Europe. Even if retail therapy isn’t your thing, you owe it to yourself to visit to take in how amazingly humongous this place really is. Besides the exuberant food halls a visit to Harrods is worth it just to say you have witnessed the dramatic ‘Egyptian Elevator’. As a bonus Harvey Nichols is within easy reach of Harrods alongside many other high end fashion stores.

Shoppers looking to go down the culture route should consider spending time at Covent Garden (also home to the Royal Opera House). Retail, entertainment and dining all merge together here. The lively, bustling atmosphere is infectious, the place offers something for everyone and you won’t want to leave.

London markets are among its most appealing features for shoppers. Foodie Borough Market is an established attraction as London’s oldest and most renowned food market, a source of exceptional British and international produce. Some of the trendiest shopping areas are home to Spitafields, London’s oldest market. Open 7 days a week here you will find young, cutting-edge designers displaying their newest creations of contemporary and vintage fashion, music, bespoke children’s toys, jewellery, accessories and home interiors. 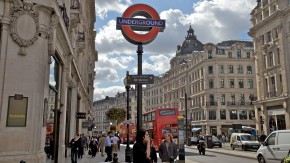 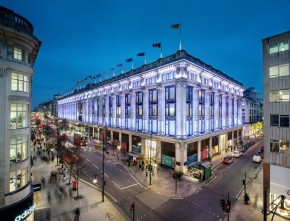 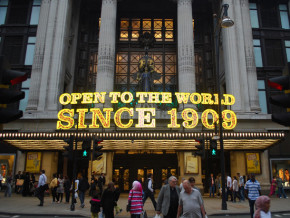 Camden Lock Market, by the canal, was the original craft market, established in 1974, but now has a much wider spectrum of goods on sale. Both this and the ever popular Camden Stables Market are centre of the alternative fashion scene. It is one of London’s most popular markets where you will find an abundance of quirky shops and stalls, vintage dens and unique designs. Visitors come here to search for something original to take home.

London is rife with retail, and boasts extravagant department stores, designer shops, quirky boutiques and market stalls which are found nowhere else in the world. It would be impossible to see it all in one day even in one weekend. For serial shoppers in London a great idea would be to have a base to explore from. Rent a little flat in the centre of it all, cheaper than a hotel, more pennies to spend on your shopping trip.

All of the above is only a teaser of what’s on offer when it comes to shopping in London. With so much history and so many stories behind its stores, shopping in London means much, much more than a quick trip to the shopping arcade to swipe the plastic. It is honestly a whole experience in itself, regardless of whether or not you end up making a purchase.